To the Auto Industry and to the 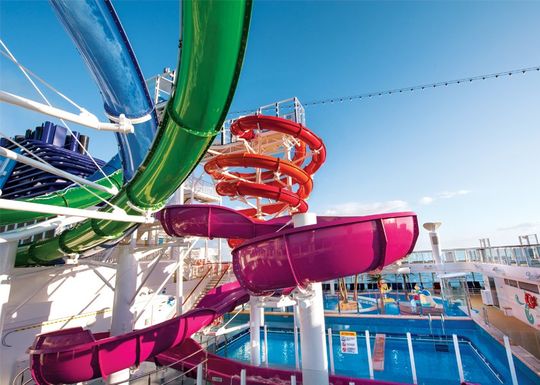 Free English translation on 16 April 2021. That German-language document you may find here!

Almost everyone who occupies a top position, is not be able to get enough, and in the end the "little man" is always the stupid one.

Extract from the Internet:

“Because Althusmann immediately protects the automotive industry. The air quality in Germany has been improved by 70 percent since 1990, he says calmly - Bernhard Mattes, head of the German Association of the Automotive Industry (VDA), nods eagerly. "

Yesterday my person watched two leading men of the German automotive industry on TV, whereby one of them even is active in state politics as a deputy ministerial post, yet three really excellent guests and colleagues of the opposite party were invited to the political talk.

One of the guests, Mr. R., made it clear, that these automobile bosses are equipped with all means to silence the oppositions, which my person could also clearly see in that courageous Prime Minister.

According to the opinion of my person the behavior of the two above mentioned gentlemen was decisive, what became clear through the actual power potential of the automotive industry and was visibly measured and confirmed with both gentlemen by the personal advantage of a respected place in society and a correspondingly high remuneration due to the well-known accumulated wealth of the gentlemen.

Such and similar "bosses" in the auto industry or, for example, in the banks, can be clearly recognized by their arguments and their demeanor, since they are already moving in financial dimensions, in which a healthy person no longer belongs and so the next step in that Fraud affairs are only a stone's throw away, which, however, is anymore clearly recognizable for these categories and these ones were unable to be clearly distinguished between fairness and fraud.

If there is someone who makes clear difficulties publicly, then such "bosses" can, for example, easily buy a cheap stuntman, preferably from neighboring countries, who does doing the dirty work for such a banditry by possibly arranging a car accident, without anyone is noticing such an attempted or successful murder!

My person was also met by such a professional “circus act” on the bike path, which happened years ago in the presence of witnesses in front of the Prinzen car dealership. Fortunately, my person was already prepared for such "jokes" and was able to react correctly.

However, from my point of view, my family was not spared questionable and highly criminal incidents on the autobahn, although the police and the public prosecutor's office probably did not even begin to investigate the relevant accident or facts.

Obviously, you have to beware of such and other "bosses", because their criminal energies allow them to make unscrupulous decisions about the state of health and life of many people, as these categories make many wrong decisions too easily, due to their high or aloof standard of living, because they get too highly remunerated fees, that are in no relation to their performance and a measurement of a performance, for example with a worker,  not even come close to withstand this comparison.

For this reason, such a "boss" is not exactly steady in his personality through his actions and thus his way of looking at things can end tragically for other people!

But and ultimately, such wrong decisions from religion, economy and politics also affect future generations, which will become increasingly clear through the environment!

These "bosses", however, have usually exhausted and enjoyed their lives, but often influenced, impaired or destroyed the lives of other people and have always got off well, as even a politician of this category "human" in a profitable industry that has many jobs, must approach the industry with all due caution!

And now my person comes on the international stage and sets the rules!

The bosses of the auto industry and the "bosses" of the banks, who have already "pocketed or scooped away" the overstuffed money will now have to invest their criminal energies in the matter and in the Lord's commission, in which they have to find out coherently, how this and that with the car sale / car purchase / with the acquisition / car license plate / vehicle registration document and the customary financing contract of a customer is to in the matter, and what extent the leading motor vehicle driver and his occupants is to, or to what extent the respective "vehicle owner" will be related to the "mobile" Monumental-Sub-Area!

If these "bosses" can solve such a vital task for humanity, then and only then will they have the above mentioned  "scooped" money honestly earned. Nothing else matters!

In the above yesterday's political talk-round at Maybritt Illner were also people, who left a very solid impression in their statements and decisions, probably also because their wages or salaries were in a reasonable relation to their performance and that is the difference!

*People in pychosis all over the world can or could certainly provide consistent and therefore verifiable information at this point and name the basis of the difficult task to resolve.

HP: Here in Luebeck you and the likes of you will find a start by immediately learning to clear the bike lanes first in the future, to avoid dangers and sources of accidents such as snow and ice in order to make the cyclist safe.

You and the likes of you will achieve this with a snow brush, a shovel, with a broom and a sack full of sand. Woe to you, Mr. M. Prinzen, you allow yourself to be asked again and do not take the place that was intended for you, which now begins with the snow sweeping in Marlistraße in front of your former car dealership!

In the future, the weekly market will please transport and put up its goods without a single vehicle, and not just in the Meesenring but throughout Luebeck!